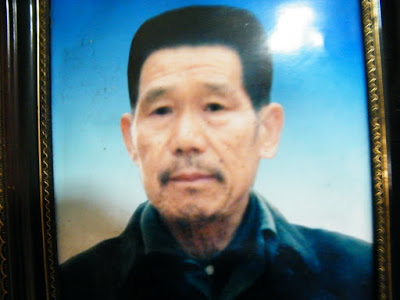 From my parents and relatives.

Review 1st by benzrad 朱子卓, 3rd son of the Father

He is the Mightiest, his silence is gold benefits offspring to arrive. He is God himself.

He cooked ( in charge of fire) for Japanese invaders who dominating the village and demanding labors. when I, the 3rd son of his, was young and asked during my summer vacation about his impression on Japanese invader, he only told me Japanese number pronunciation, in cherished tone. but my mother told me he was respected or liked by Japanese foreigners, likely my dad trusted her his teenage memories then. later he worked as a worker in nearby town's cement factory, but in an accidence his foot hurt by an explosion of his mission aiming to tear apart stone. so he returned to the village where he grew up. when he worked for the village forest station under PRC peace times, that period is my most cherished memory about him, my grand dad. I forever thank those silences in the bushes and trees, those cold and sweet stream, those songs of birds and bees, in rare occasions he brought me to his work place and teamwork. I know that's my heaven, where he governs.

About Me, The Son

A determined mind. under God's shine in recent years after I broke my heart for a girl collegian in Nankai Univ., where I attempted to gain a master degree several years ago. in office I was set idle and most of time now spending on my site building and the business to push democracy in China.
more of my profiles at: 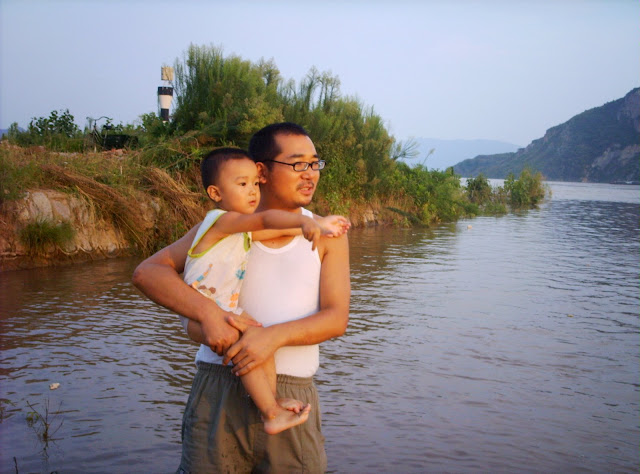 From baby beside Yangtze river


in this photo: such a grand relax with my best beloved baby son, warren zhu, hope of China and God of universe, just before i was sent to Zhudajiu, my hometown and trapped in asylum again soon after arriving the village where my grand dad just passed by.

I graduated from Nankai Univ., Tianjin, the twin tower of Beijing, Capital China, majoring Philosophy. I ran into the bizzard of 6.4, a students activism happened in Tiananmen Square back to 1989 among world decay of Communism. I love the enthusiasm people shown in the eventful tumor of decades' resent & redemption national wide under tyranny of fake faith or Atheism, and recognized that’s real source of life as well as of society itself. From then on I always see a different way for common Chinese people for their right unalienable. Unfortunately exactly the viewpoint freed hinders any promotion among my career ladders, which almost totally under control by bureaucracy in the dictating nation. I now almost full free of any routine tasks to make a living: I was offered about 1000 rmb (￥1800 since Mar 2011) to be idle all time at office. I enjoy my fate to witness democracy process growing in China, on this once glory bounded shattered soil and land.
—— A piece of autobiography from benzrad 朱子卓, my web publish elsewhere.
眸子的星芒浮于薄霭
厌倦的兽眼阴雨里低低沉吼
你在清贫中呆的太久了
你分不清月色的石子和清癯的星
benzrad‘s poem during his campus (1987-1991) in Nankai Univ, Tianjin, China.
朱子卓在 南开大学（1987-1991）的诗作